Happy New Year, you're my only vice!

To Here Knows When

One of my formative musical experiences was hearing My Bloody Valentine's "To Here Knows When" on what that wag Mark Radcliffe so dismissively/affectionately calls 'tin pot local radio'.  When it nudged its way into the Top 40 all those dismal local commercial stations which would never dream of playing it had to.  Almost uniformly, the patterned jumpered patter merchants presenting the chart rundowns registered their disgust at having to do so, dismissing it as indie nonsense.  It was a real them and us moment and it was brilliant.  It was so great that something so beautiful and so abstract had infiltrated the polished, ugly world of chart radio.  It was even better that it wound people up.  My Bloody Valentine's version still sounds like the future and still sounds like it would be too radical for your average dud,  local radio station DJ.  I doubt if Rachel Zeffira's thoughtful reworking will fare any better in that world.  When I first heard that someone - to my discredit, I'd forgotten that Rachel was one of the prime movers in Cat's Eyes - had covered it with orchestral instruments, I feared that it may sound a bit John Lewis Christmas advert and the piano intro did have me a bit worried on that score.  However, it's not whimsical, kooky or cynically heart-tugging.  It's intelligent, extremely pretty and retains much of the mystery and romance of the original.  It's on her lp and was the b-side of a recent 7".  I'm going to play the 45 one more time and then dig out that dazzling Pluramon lp which features Julee Cruise.  That'll keep things elusive.

Each December I plan to use the Arthur Russell 'first thought, best thought' approach to compiling my 'best' of year record lists.  Invariably, however, I don't and end up deliberating over it for longer than is decent or even necessary.  This is in part due to trying to balance artistic significance (yeah, I know, what lofty ambitions!) with pure enjoyment.  This year I've jettisoned the artistic significance criterion - I haven't really had much space in my brain for this level of critical thought of late - so the lists below are comprised of the records I enjoyed the most and the most often in 2012.  One thing's for sure and that is that I'll hear something that should've made one of the lists before the year's out - most likely the debut Garlands lp or the Rachel Zeffira album, both of which I've shamefully not picked up yet. 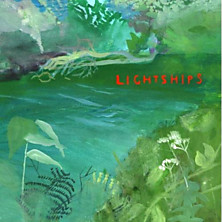 
By and large, the records on both lists are maybe a little more direct (as typified by, say, the King Tuff single) than those on 2011's which were themselves pretty direct and pretty pop.  It's increasingly about the instant rushes, I guess.
Posted by brogues at 00:36 No comments:

Email ThisBlogThis!Share to TwitterShare to FacebookShare to Pinterest
Labels: Best Records of 2012, Music

A couple of months ago the unbelievably still improving Veronica Falls asked via Facebook and Twitter for suggestions of songs they should cover.  The Changing Times' "Cry" was Not Unloved's suggestion:

Has there ever been a janglier intro?  I doubt they'll ever record it which is a wee shame as I reckon they'd do a smashing version of it.

"Gangnam Style"?  No thanks. I prefer Vandan style!

Sheets and sheets of prime fuzz!  "It's A Cry'n Shame" must've melted radios in the mid-Sixties.  The lyrics are pure teen frustration ("Why do I love you?  You don't feel the same") while the guitar solo could carve the name of the uninterested girl into a science class desk.  It's available on Norton's "Fort Worth Teen Scene Volume 3" (that's where Not Unloved first encountered it) and on 7" via Garage Greats.  Blistering!

Sadly, Norton Records' warehouse was badly affected by flooding as a result of Superstorm Sandy and they lost a heap of stock.  This coming Wednesday there's a fundraiser at Mono featuring The New Piccadillys and a bunch of other like minded groups.  Full details below.  Well done the organisers! 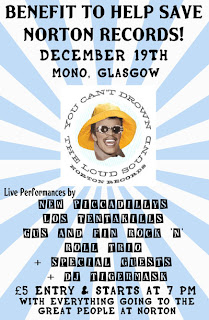 You can make me dance...

Thanks to the release of his autobiography, Rod Stewart has been fairly ubiquitous on UK TV and in the papers of late.  He even showed up in Glasgow and, touchingly, shed a tear or two when Celtic FC beat Barcelona a few weeks back.  If the truth be told, however, Rod's presence was felt round these parts rather a lot just prior to all of that.  For years I've really liked "You Wear It Well" and "Maggie May" but never bothered to buy them or make any effort to hear anything else.  Then, one evening in late autumn, BBC Radio Scotland played this:

It was The Faces' final single (credited to Faces/Rod Stewart) 38 years ago and I was totally taken aback by just how much I flipped for it.  After all, I'd spent the last two decades studiously avoiding most of the established rock canon. Maybe I shouldn't have been so surprised, however.  Didn't John Peel say repeatedly that The Faces were the greatest live band he ever saw?  The appeal of  "You Can Make Me Dance..." lies in its loose feel and the way the guitars seem precision tooled for maximum sway but that, importantly, it isn't weighed down by a needless/endless blokey guitar solo.  You can dance to it, too - it's practically disco!  Rod's vocal is amazing; all those casual asides and exclamations are brilliant.  He plays the role of the rogue with the glint in his eye to perfection.  By the time the prancing strings come in at the end, I'm not just dancing but punching the air.  I should've had the courage of my convictions and played the copy I bought in Brighton's Wax Factor at Monorail's 10th birthday party.  I wonder how well it would've gone down.  Mono's dancefloor probably wouldn't have been quite as heaving as somewhere like the Motherwell Miners' Welfare Club's over Christmas 1974.  Must've been glorious!
Posted by brogues at 22:03 No comments:

Email ThisBlogThis!Share to TwitterShare to FacebookShare to Pinterest
Labels: BBC Radio Scotland, Get It On, Music, Rod Stewart, The Faces

Further evidence of the current healthy state of Glasgow's record shops came last week when Volcanic Tongue moved from its first home, one floor up way out west on Argyle Street, to bigger premises down The Hidden Lane.  Like Monorail Music, Volcanic Tongue is one of the Glaswegian cultural institutions for which I have genuine affection, one that makes this city a way more interesting place to be.  Proprietors David Keenan and Heather Leigh Murray are a tight, tight unit with an unbelievable knowledge of and zeal for the musics of the margins.  The shop reflects their singular view of what counts in music and art.  It celebrates the unique, the lone voices who do their own thing, the truly independent; there's no room on their racks for fakers, phonies or mere cool hunters!  A chat about music with them is like a conversation with a couple of wide-eyed gospel preachers turned mescaline-wired Beat writers.  You can't fail to get fired-up by their enthusiasm and their ability to articulate what makes a record work for them.  Their total commitment to and support for the things they love is truly admirable.  To celebrate the move to the new shop they're having a Holiday Blowout.  Full details here and on the poster below:  Looks like ace fun to me!

In a Brighton a few weeks ago I had a fun (we were wailing at each other above some polite folk music played at Stooges-appropriate volume) but ultimately gloomy conversation with the proprietor of Borderline Records.  While complimenting him on his shop - it's great, if you're in town it's well worth a visit - I told him that even now I judged a town or city by the quality of its record shops.  His resigned response was that it was just as well that I had come in 2012 as Borderline and some of the other independents may not be there in 2013 due to the harsh trading conditions and proposed rate rises by the City Council.  When I said, "How will I judge towns when all the record shops have gone?", he replied, "They'll all just be shit, won't they?".  It may have been a bit melodramatic, but he was right.  Given this, the recent 10th birthday of Stephen Pastel and Dep Downie's much cherished Monorail Music seems even more like something worth celebrating.

When Monorail Music opened in 2002, I couldn't have been happier.  Glasgow was in desperate need of somewhere for people to buy new independent records.  John Smith's bookshop had closed their fabulous record department and Missing Records wasn't what it had been.  There was talk for a while of Rough Trade opening a shop in the west end but those plans foundered due in part, I believe, to Glasgow's prohibitive business rates.  I've been a regular customer since it opened and it's impossible to overstate just what a positive influence it's had on my life.  I don't think it's an exaggeration to say that it's been good for my mental health over the years.  The staff are uniformly lovely and have become friends and I've lost count of the number of brilliant records which each of them has brought into my life.  One of the things I love about Monorail Music is that it's spotless; it's the kind of place where you want to spend time.  The records are displayed lovingly (card stiffeners, plastic sleeves, not crammed into the racks) and the staff handle them respectfully - none of them has ever cockily slam-dunked my precious vinyl into the bag.  For me, Monorail Music makes Glasgow a better place to live and, if the testimonies from the many bands (Crystal Stilts, The Pains of Being Pure at Heart, Vivian Girls etc.) and friends from out of town are any guide, a better place to visit.

Last night Monorail took over Mono and held a party to celebrate its first decade.  It was a great occasion.  It felt like most everyone who should have been there, was and was smiling.  There was a real feeling of a community coming together and I, for one, left with a renewed resolve to support Monorail Music and the culture I love so much.. After all, I'll never get excited by an mp3 the way I do for a perfect little 7" single.  A lovely evening of DJs (Monorail's own Mark Hillier and Russell Elder) and bands (a particularly eccentric/funny Richard Youngs, Moon Unit, Sacred Paws) culminated in a full on set by The Pastels.  Maybe it was the sound mix, but Katrina appeared to be really pounding her drums with venom.  "Baby Honey" was just colossal.  I was honoured (and I do mean 'honoured' because in a city like Glasgow there are lots of more talented, proper DJs who would have played wonderful sets) to be asked to play some records afterwards.  Here's what made it from my trusty "Buba Box" onto the turntables:

I had planned to finish on Joan Jett and The Blackhearts' "I Love Rock and Roll" but Russell got the timing just right and dropped it just as The Pastels took to the stage.  Thanks to everyone who said kind, supportive things about my selections - it was very kind of you!  The Tidal Waves' rowdy, frat-rocking take on "Farmer John" sounded particularly great turned way up loud.

Happy birthday Monorail Music!  Thanks for being there for the last 10 years.  Lang may yer lum reek!!!

Read my pal Krister's thoughts on Monorail Music over at Record Turnover,
Posted by brogues at 23:26 1 comment: