Prior to yesterday, the only thing which connected the words 'Lebanon' and 'music' for me was this single by The Human League. That was before Russell in Monorail played me the first 4 songs from a little cd anthology of 60s Lebanese group The Sea-ders because they "sound like The Kinks with traditional instruments".  Now, a description like that was always gonna prick up my ears!  I really liked the first 3 songs (out of 8) just fine but a minute into "I Don't Know Why" I knew that Russell had successfully teased open my wallet yet again:

I can imagine arch pop classicists like Ric Menck and Paul Chastain or The Sneetches being sent spinning by "I Don't Know Why".  After stunning reissues by Sandhy and Mandhy and Index, it would appear that the folks behind Lion Productions have impeccable taste and an enviable knowledge of global pop's back pages.  I'll be keeping an ear on what they're up to in 2012, for sure!

Update!
Not Unloved will always be a sucker for naive, romantic lyrics especially when they're paired with a simple, instantly memorable melody.  Check out these delightful lyrics from the 100% huggable "I Like The Way" (it's not on YouTube...boo!):


The 'cheer me up whenever I'm down' line is particularly great. Almost worthy of The Softies!
Posted by brogues at 13:59 No comments:

The Hobbes Fanclub at Glasgow Popfest 2011

For better or worse, it was the need to evangelise about The Hobbes Fanclub which persuaded me back into jotting down thoughts on music.  I'd all but given up on it as posting blogs on myspace was proving too slow and untidy and time always seemed to be short.  "Outside Myself", however, changed that.  It always sounded like a song that could be chill-inducing to hear live and so it proved when they played it at the recent Glasgow Popfest.  Thankfully, the wonderfully named Rafa Skam was on hand to film it.  Of course a YouTube clip can't convey the true extent of the brilliance of the performance but I'm still glad someone was savvy enough to record it for posterity.
Posted by brogues at 14:46 No comments:

Lately, Not Unloved has been obsessing over a couple of 20 year old tracks from the southern hemisphere that have very little in common sonically.  "Into Your Arms" by Australia's Love Positions (from "Billiepeebup" on Damien Hirst's favourite label Half A Cow) is the beguiling, if brief, original of a song made famous by The Lemonheads in the early 90s.  I always liked their version, always admired its simplicity and the unembarrassed sentimentality of its lyrics but Love Positions' version is so much sparser and so much prettier.  Mind you, former The Hummingbirds bassist Robyn St. Clare's voice possesses a rare sweetness that Evan Dando was never gonna quite match.  Just how my ears have managed to dodge such a gorgeous voice in two decades of pop digging is a source of consternation round these parts.  Time to start excavating The Hummingbirds' back catalogue, I reckon.  Hopefully, Robyn handled lots of the vocal duties...

Much messier but equally beautiful in its own careering way is The Garbage and The Flowers' "Catnip". These New Zealanders made one of my favourite lps of 2011 (it was, in fact, a reissue of a cassette sold at gigs) which was subtle and intimate.  It in no way prepared me for the driving, squealing, extended grind of their 1992 single "Catnip".  The idea of a riot grrrl (Helen Johnstone - I don't know if she aligned herself with the Riot Grrrls but she sure screamed like yr Huggy Bear and Bikini Kill used to) fronting an out of control The Stooges isn't something I would've dreamed up but this single makes the case for it being a good one.  Luckily, there was a fairly cheap unplayed copy of the 7" (on Twisted Village of Cambridge, Massachussets, U.S.A.) on discogs which I bought so I can now blast it on repeat to the detriment of my hearing but to the benefit of my heart.

Email ThisBlogThis!Share to TwitterShare to FacebookShare to Pinterest
Labels: Half A Cow Records, Love Positions, Music, Nic Dalton, Robyn St. Clare, The Garbage and The Flowers, The Hummingbirds, The Lemonheads, Twisted Village Records

Not Unloved's favourite things of 2011 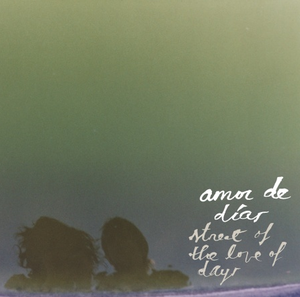 (There are a few lps on my Christmas list that I'm sure would've made the 20 but since I haven't heard them yet,they're not included!)
Singles of 2011 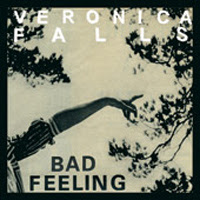 The Pastels' performance at The Platform really was something incredibly special.  I tried to write a review of it for Not Unloved at the time but somehow the right words didn't come in the right order and I couldn't do it justice.  But then, how do you express in words that feeling in your heart when Stephen Pastel nonchalantly swigged his beer then used his bottle as a slide before casually turning his amp to blissful on "Baby Honey"?  The whole group was together and you could see from their smiles and the looks they exchanged afterwards that they, too, knew they'd been part of something memorable and way beyond the ordinary.
Posted by brogues at 00:24 No comments:

In the autumn Monorail Music announced via Twitter (@Monorail_Music) that they'd added a bunch of garage cds to their second hand racks. On went my coat and I was there within 25 minutes.  (I'm convinced the staff were working me by remote control!)  I dithered and hummed and hawed about which ones to buy so (recklessly! profligately!) bought all the ones I didn't already have; 13 discs in total.  It's taken a while to fully digest such a bounteous haul but with uncommon certainty I can now say that this song from "Teenage Shutdown: Nobody To Love" was the best of the lot:

With a killer intro and a joyful, almost gospel refrain of "I saw Abba late last night!" it's catchy to the point of madness. There's some wise advice amongst its lyrics, too:
She said git your hair cut boy
Come on and get it outta your eyes
Stop your drinking and smoking boys
And tellin' all of them lies
The little Bobby Gillespie fade in the singer's voice on 'eyes' is a magical detail. Even the squarest of the squares must've punched the air with delight when they heard "Abba" at the college dance!  It sounded great across the PA in Heavenly* the other night but would've totally killed at 15 times the volume.
Read more about The Paragons on Beyond The Beat Generation.
As expected, original 45s are stupidly rare and hence command quite a price.


* - Apologies to anyone unfortunate enough to hear me wailing it and, er, to anyone who witnessed my air punching. Like I said, even the squarest of the squares....
Posted by brogues at 20:30 No comments:

Be Young, Be Foolish, Be Happy!

Glasgow Popfest 2011 at Heavenly was a total treat from start to finish.  So many of the bands sizzled.  Hopefully a good night's sleep will have me awake enough (3 late nights in a row...jings!) to jot down a few words on the subject but in the meantime, here's what made it from my Jumpdrive and into Virtual DJ through the magic of drag and drop:

The Chills - Pink Frost
The Bobcats - Can’t See For Looking
#poundsign# - Michigan
Cudgels - Joybang!
The Dentists - I Had An Excellent Dream

Lisa Mychols - Listen To The Bells Ring
The Revolving Paint Dream - Flowers In The Sky
Pop Art Toasters - What Am I Gonna Do?
The Bootiques - Did You Get Your Fun?
The Pooh Sticks - I Know Someone Who Knows Someone Who Knows Alan McGee Quite Well
The Osaka Ramones (aka Shonen Knife) - The KKK Took My Baby Away
The Flatmates - Happy All The Time
Talulah Gosh - Beatnik Boy
The Adorables - Ooh, Boy
April March - Mon Ange Guardien

The Gentle Touch - Be Young, Be Foolish, Be Happy
The Third Wave - Got To Get You Into My Life
The Wake - Crush The Flowers
Saint Etienne feat. Tim Burgess - I Was Born On Christmas Day
McCarthy - Keep An Open Mind Or Else
Reading Rainbow - Can’t Stand It <-- I'm pretty sure this is the best The Velvet Underground cover I've heard!
The Paragons - Abba
The Parallelograms - Papageno
Candy and The Kisses - Are You Trying To Get Rid Of Me Baby?
Crystal Stilts - Through The Floor
Fabienne Delsol - Le Roi des Foumis
Felt - September Lady
Heavenly - Our Love Is Heavenly
Primal Scream - All Fall Down
The Hobbes Fanclub - Outside Myself
Bubblegum Lemonade - White Noise Christmas
The Ecstasy of Saint Theresa - What’s
The Charlottes - Are You Happy Now?
Veronica Falls - Misery
The Clean - Tally Ho!
My Bloody Valentine - Strawberry Wine
Jesse Garon and The Desperadoes - Splashing Along
Allo Darlin’ - The Polariod Song
The Innocence - Do You Believe In Magic?
The Chiffons - Stop, Look And Listen
Pulp - Babies

Thanks to Gary Bubblegum / Heavenly for being kind enough to let me be part of such a smashing event!  This cheery little number seemed the best way to follow a particularly sweet and charming BMX Bandits set:

Another majestic Christmas tune by another Lisa M, this time Mychols.  I was lucky enough to win her "Lost Winter's Dream" cd nearly a decade ago in a competition on the Rev-ola website. It's not a perfect album but there are a clutch of dazzling, soul lifting productions that share a sound and approach similar to a lot of the fantastic "Grace Of My Heart" soundtrack.  Time to do some digging into Lisa's other records I reckon!
Posted by brogues at 15:10 No comments:

Thoughts on "Lawrence of Belgravia" and "Take Three Girls" will follow once I've had a nice long sleep. In the meantime, here's what I fairly ineptly played at the CCA after the films and James Kirk had spun some gems:

It was a real thrill to hear my new favourite Christmas song at giddy-making volume: