Unexpectedly, I feel the need to use Not Unloved to profess love for another version of a song by The Rolling Stones.  After being seduced by Jimmy C and The Chelsea Five's sober take on "Play With Fire", The Parting Gifts' rendition of "(Walkin' Thru The) Sleepy City"* has been quickening my pulse of late:

Having never heard the original - no surprise given that I'd never heard "Metamorphosis" or, from the track-listing, anything from it - I made the customary visit to YouTube:

Again, I prefer the cover.  It's not that I'm anti-Stones, it's just that this song suits being a chirpy girl group number more than a languid, slightly off, pop-psych number.  There's something of Petula Clark backed by The Move to The Parting Gifts version - a fine concept in my book!

* From their 2010 Norton Records split with The Great Gaylord and The Condo Fucks
Posted by brogues at 15:39 No comments:

When The Pastels released "Illumination" 16 years ago, I bought mine from the record department of John Smith & Son's bookshop on Byres Road.  It seemed like the right thing to do as Stephen Pastel worked there.  History repeated itself last Friday when I bought their new lp, "Slow Summits", from Monorail Music and Stephen once again handed me my lp and cd - both formats, I guess, because I am, as The Guardian recently put it, a "(gently) pathologically devoted fan".  Sure, I could have got it slightly cheaper online but in 2013, more than ever before, I'm choosy about where I spend my money.  Luckily, I live in Glasgow so can still choose to buy from an independent record shop. 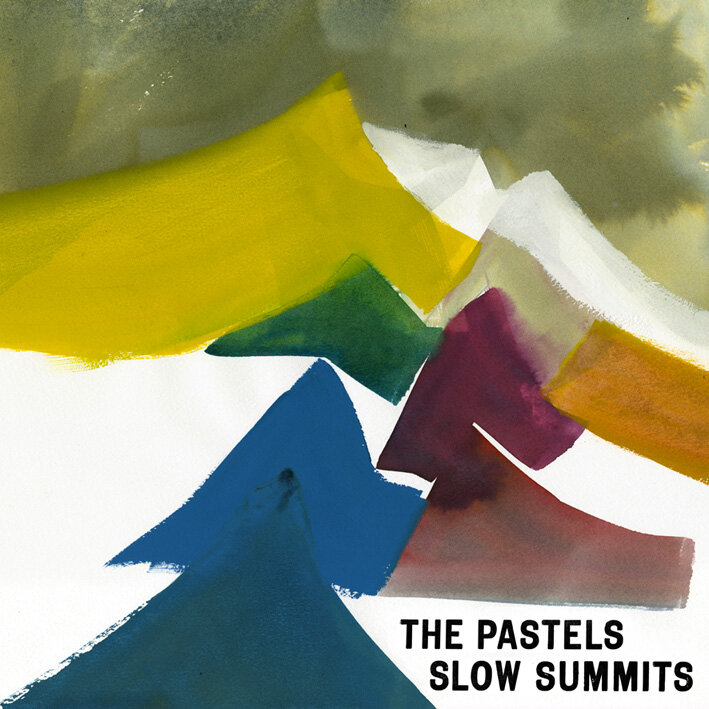 It's such a thrill to hold the new lp and gaze upon Annabel Wright's glorious artwork. A month or so ago, I was sent a link via which I could download "Slow Summits", I clicked on it immediately and greedily watched the zip archive transferring.  I flirted with the idea of not listening to it right away so that I could experience it for the first time on vinyl but the thought of a cache of new Pastels recordings gathering metaphorical dust on my laptop was too much so I unzipped it, burned it to cd and dug right in; I never was that freakish kid who somehow hadn't scoffed everything in their selection box by Queen's speech time on Christmas day.  Having witnessed many of The Pastels' more recent concerts, a few songs were familiar ("Secret Music", "Slow Summits", "Wrong Light" and "Come To The Dance") but enhanced by luminous little details in their arrangements; some contributed by collaborators such as Tenniscoats and members of To Rococo Rot.  Other tracks, like "Summer Rain" with its restrained freakout ending and the subtly orchestrated, disarmingly pretty "Kicking Leaves", were wholly new and rubber-stamped my developing belief that "Slow Summits" was something special.

So many groups who start out with energy and a spark get old and gravitate all too quickly towards making more conventional rock records.  The Pastels have always been too astute, too unconventional and too genuinely in love with music from less championed corners (as proved by their marvellous Insane Energy Drop mix which accompanied my copies) to wander down that cul-de-sac to mundanity.  Instead, as time's gone on, they've increasingly accentuated the elegant and the thoughtful over the trashy and the nonchalant.  I'm glad that the release of the new Pastels lp has felt like an event.  That it has been so well received and that it has prompted some really memorable writing - most notably Richard King's wonderful piece - has been heartening to see.  On a personal level, it's a much needed reminder that life in 2013 has so much more to offer than Personal Development Plans, shattered windows, failed MOTs and the like and that sometimes the people you admire don't let you down.  Recently, things have been hectic and the need to simplify and do less has become urgent.  Purposefully making the the time to listen to "Slow Summits" without the distractions of the television or the laptop logged-on to Twitter has provided some much needed calm.  I guess, it's just nice to have something truly beautiful on which to focus.  The Pastels are still the best group I've ever heard.

The Pastels discuss "Slow Summits" with Sushil K. Dade aka The Future Pilot.
Posted by brogues at 23:15 1 comment:

Glasgow's a great, great city.  Culturally, it's vibrant to an almost insane degree.  It's hard to keep up with everything that's going on so you miss more than you see.  What it doesn't have, however, is The Hangover Lounge.  You have to go to London for that.  The weekend after next (May, 26th) it celebrates it's 5th birthday with a gig at its regular home, The Lexington, featuring 3 special groups: 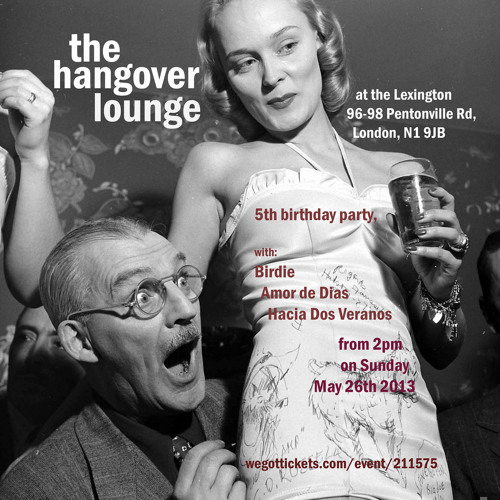 My love for Birdie knows no bounds.  Debsey Wykes possesses one of the finest pop voices ever to be etched into vinyl.  I was lucky enough to see Birdie a little over a year ago (thanks, again, to The Hangover Lounge team) so I know what I'll be missing by not being to see them next week.  Amor de Dias and Hacia Dos Veranos have created two of the loveliest, classiest lps of the year so far and both will keep things thoughtful and sophisticated.  With this show to look forward to and the memory of Robert Forster's appearance at their recent celebration of the life and work of his fellow Go-Between, Grant McLennan, The Hangover Lounge Organising Committee must be sporting smiles as wide as 70s flares.  If at all possible, be there on the 26th.  There's not even the remotest chance that you'll regret it!

I Can't Wait To Love You

Garage bands inspired by the greats of the 60s as compiled on Nuggets, Pebbles etc. were ten a penny in the 80s but, in the main, the standard was pretty high.  One of the best of the bunch from the janglier/folk-rockier end of the spectrum was Mystic Eyes and their lusty and lustrous 1990 single "I Can't Wait To Love You" (unbelievably, still available through the Get Hip Records online store) still sets the pulse racing:

Just like that incredible solo from The Byrds' "Feel A Whole Lot Better",  its guitars whirl like ceilidh dancers and Bernie Kugel's endearingly nerdy vocal couldn't be more romantic.  To play this song quietly even once would be a total travesty so TURN IT UP and shake yr fringe!

Jimmy C and The Chelsea Five's version of The Rolling Stones' "Play With Fire" is so restrained and hushed that, for my money, it easily eclipses the more famous group's version:

Just listen to the way the opening jangle subsides to a damped strum; so subtle.  And that vocal! It's the very epitome of moody cool.  Flipping the 7" over reveals a brighter, perkier folk-rock number which, again, is a complete winner:

One of the strongest double-siders I've heard from a decade of great pairings.  Of course, I don't have an original copy of this majestic record but I do have the group endorsed 13 O'Clock Records - much loved round these parts for their corking The Higher State releases - reissue thanks to the MBrooks MPorium.  What a shame that "Play With Fire" was the Dallas, Texas group's sole release.
Posted by brogues at 13:00 1 comment: