2014's tsunami of much-needed reissues shows no signs of abating.  My heart flipped (and my bank manager fainted) recently when Damaged Goods announced their plan to reissue Billy Childish affiliated girl-group The Delmonas' first 2 lps.  What great news!  They covered a lot of '60s material in their time but their choices were invariably smart ones as exemplified by this:

The Delmonas also appear on the latest volume of Ace Records' indispensable Girls With Guitars cd series with this:


Hopefully by June, when the aforementioned lps are reissued, my bank balance will have recovered from recent excesses.
Posted by brogues at 21:30 No comments:

Thanks to Retrobution Records I now own precisely one South African punk 7".  It's a total dunderhead smash, all self-obsessed lyrics that cheekily dismiss not only the established musical stars of the past (Elvis, Bowie, 'Buddy Cochrane' etc.) but their punk peers:

I keep resolving not to buy so many reissues, to support new music, but if labels keep releasing reissues this entertaining that resolution will continue to prove tricky to stick to.  It's good to know that the South African youth of the late 70s/early 80s could sneer with the best of them! 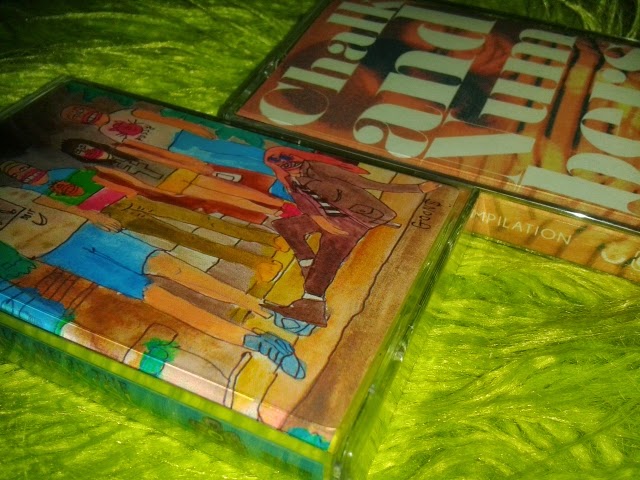 A former member of a famous indie group once sneered at me "You're so nice I bet you fart daisies" during an interview.  That sure showed me.  Yeah!  That put-down bubbled to the surface again while listening to Chicago's soda shop pop kids, The Lemons.  They're just so relentlessly upbeat and smiling and concerned with sweeties and kids' stuff.  Undoubtedly their music will be too saccharine for most but Not Unloved has never shied away from perky, wholesome pop music if it's made with the right spirit; we're not all leather clad rock'n'roll beasts after all.  Their brief songs - most of them make "Velocity Girl" look like a prog epic - have the same zest (ha!) for life as The Magic Kids or The Langley Schools Music Project.  Sometimes an escape from the grey drudgery of the adult world is much needed.  Their "Hello, We're The Lemons" tape (Gnar / Tripp) comes with a sticker and a download code*.


Much less sherbet-fuelled but no less catchy are Brooklyn's Chalk and Numbers.  Theirs is a sophisticated take on classic beehive-haired jukebox pop.  The songs on Soft Power Records' "Cassette Compilation" are wrought from the chrome fixtures and gingham tablecloths of a million American diners.  All six are foot-tappers.  "I Really Wanna Work This Out", however, is the real beauty here; think Denise James tackling a recently unearthed Beach Boys demo.


Chalk and Numbers aren't taking pop music anywhere new but that doesn't matter a jot when the songs are this good - see also Summer Twins.  Time to watch "Grace Of My Heart" again, I reckon.

Both tapes were released earlier in 2014 but seem to make more sense now that there's the odd shaft of springtime sunlight to bump up the optimism.

* Brits can save on the postage by purchasing from Very Gun Records.
Posted by brogues at 20:41 No comments: