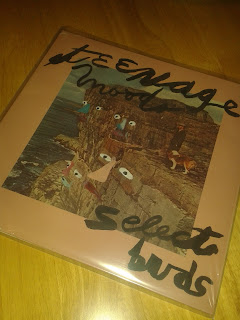 "Select Buds" - named thus, I'm guessing, because it features 5 tracks culled from Teenage Moods' "Rosebuds" tape - is such an unpretentious, fun (without ever approaching wacky) listen that it will come in handy for lifting the spirits during the damp, grey gloom of January.  Teenage Moods call Minneapolis, USA home but their sound fits in well with a lot of the gentler guitar pop that has emanated from Australia over the last half decade.  "Get It Right", the 12" e.p.'s closing track and the one that Not Unloved craves the most, is as sprightly as your favourite Twerps track and just as sweet and features a cool, wobbly jelly guitar effect.  Teenage Moods are another great find by Madrid's loveliest label, Tenorio Cotobade.

Glaswegians: Your chums over at Monorail Music have copies for the remarkably reasonable price of £6.99. Get on it!

Look! A video for "Rosebuds": 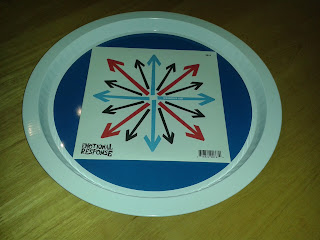 For the last few weeks I've searched once a day on Norman Records, Rough Trade, juno.co.uk etc. for the new UV-TV/Shark Toys split 7" on Flagstaff, Arizona's Emotional Response (yeah, the label who released my favourite 7" of 2015). Unfortunately, it hasn't appeared on any of the UK sites so I've had to break my flimsy 'Don't make the US postal system rich' rule and order it direct from the label.  It's a shame that none of the UK sites have seen fit to stock it (yet?) as it deserves to be heard and to be available in however small a way over here.  UV-TV deliver the freshest, zestiest take on the glorious Shop Assistants sound for many a year.  Both songs make me beam.  On the flip, Shark Toys spit out 2 songs of breathless, rattling DIY pop that will set the hearts of Swell Maps/Messthetics lovers to 220 bpm.  A thrilling coupling!


As 2015 melted away, Emotional Response was on a scorching streak, their UV-TV/Shark Toys release following hot on the heels of a couple of blazing split 7"s by Enemy Anemone/Cougar Vox and Linton and Stewart/The Aisler's Set.

Enemy Anemone are a heavenly bunch of Girls At Our Best scholars (featuring label boss Jen Turrell) hopped-up on the various flavours of UK DIY circa 1981 while Cougar Vox play gloriously scrappy rrriot pop that makes you nostalgic for the days when Skinned Teen and Comet Gain first hit vinyl.  Another absolute winner!

Slumberland/Suicide Squeeze alumni The Aislers Set need no introduction. "Big Ocean" (which dates from 2008) finds the group in reflective, acoustic mode.  It features a banjo which laps at your eardrums like those little shoreline waves do so tenderly for roughly 3 days in the Scottish summer.  For their part, (Amy) Linton and Stewart (Anderson, the label's other boss) toss out effortless-sounding, revved-up scooter POP! nuggets.  The duo's second hookup is another treat.

While I'm getting all evangelical about the recent Emotional Response output, it should be mentioned that Boyracer's "Pete Shelley e.p." from summer 2015 is the best thing they've produced in quite a while.  "The Kind of Man You Really Are" administers a stern rebuke to a dud father who doesn't respect his daughter.  It feels like a from-the-gut response to a real event witnessed with horror.  It's yet another belter from a label on fine, fine form.  Let's hope that in 2016 it enjoys significantly better distribution in the UK and beyond and that record buyers don't take it for granted...

Important Note: If you can't find Emotional Response vinyl in your local record shop, Jen and Stew would rather you bought them from jenandstew.com rather than the Emotional Response bandcamp page.
Posted by brogues at 22:49 No comments: 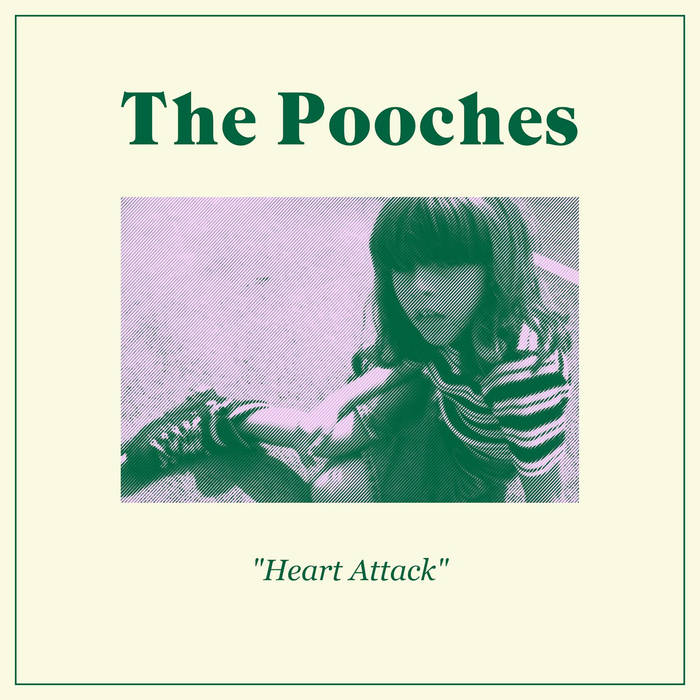 "Heart Attack" by Glasgow's The Pooches is as cute and exquisitely crafted as, say, a Pintachan poster, a Tatty Devine "Dog On Wheels" brooch or one of those adorable Asking For Trouble polymer stamps.  For just over two minutes it makes the world just a little bit softer, a little bit cheerier.  It also boasts one of the prettiest, least overblown guitar solos to burst from my speakers in ages.  I hear there's an lp due later in the year.  It's sure to be an understated marvel.