Twitter can come in really handy.  Not too long ago @atomicbeatgirl linked to songs by a new group from Dublin called September Girls.  With Alex Chilton's voice in my head and a good feeling in my heart, I clicked on the link and was delighted with what I heard.  So, by the looks of things, were those smart kids behind Soft Power Records for tomorrow (Monday, 30th April) they're releasing a cassingle by September Girls.  "Wanting More", the A-side, is one of those rare songs that starts good but gets better and better before ending in a swirling confetti storm of gorgeous girl harmonies.  If it doesn't make you want to splash about with your best pals under the stars at the nearest beach then you've no sense of romance!

I Want Sunday Back Again

Slowly, almost imperceptibly my tastes in soul music have shifted.  Where once I craved only the manic movers, I now yearn just as much for the swaying smoothies.  I guess this can be neatly summed up by saying that I can now appreciate some soul recorded in the 70s.  If I trace it back, this change of heart was prompted by hearing and adoring every single second of Honest Jon's' flawless Bettye Swann compilation cd a few years back.  That cd provided empirical evidence that soul music needn't only be about the spinning and high kicks of the numerous wonderful Kent and Goldmine Northern Soul cds and lps.  Were it needed, Go Ahead's (legendary Northern Soul DJ Richard Searling's current label) recent  7" reissue of Bettye's "I Want Sunday Back Again" provides further proof that there are treats to be had in the 70s output of 60s soul greats.  As ever with Bettye's records, it's all about her devastating vocals.  It scarcely matters what words she's singing when the tone and emotion in her voice can weaken your knees and moisten your eyes.  Only Glen Campbell ever matched her for non-mawkish yearning.  In the rush to bag Kent's Record Store Day exclusives I foolishly didn't buy a copy of it from Monorail.  Hopefully it's still there when I go back this weekend.  If it's not, I envy the person who bought it and who may even have it on their turntable right now. After all, YouTube is no match for vinyl is it?

Record Store Day 2012 at Monorail/Mono was ace fun! I joined the queue at 8:50am and at around 10:30 made it into the shop where I plumped for the Kent Records reissues: the Fame Records five 7" box and 7"s by Clarence Carter and The Yo Yos 7".  Later I was reminded of the Trouble In Mind 4-way covers ep featuring The Liminanas so bagged that, too.  Monorail had put together quite a programme of entertainment which culminated in yet another unforgettable Edwyn Collins set - acoustic this time.  "Blue Boy" was particularly joyous and, maybe I'm just getting older and more tolerant, all the clapping along with "A Girl Like You" felt more celebratory than cringe-worthy.  I looked around and so many people were beaming.  It was a sweet conclusion to a fine day.  As we drove home I had The Go Gos' "We Got The Beat" resounding in my ears.  Thanks to Adele from Sons and Daughters for putting it there.  For my part, I played a slightly shambolic 7" only set between Snowgoose and Linden:

I bought Kenny O'Dell's "Beautiful People" for the occasion.  Its wide-eyed positiveness seemed to be in keeping with the spirit of the day:

Hats off to everyone at Monorail for making Record Store Day 2012 such a memorable occasion and thanks to everyone who came up to say hello or to ask about the tunes I played - thanks for all the kind words, they were much appreciated.
Posted by brogues at 00:52 2 comments: 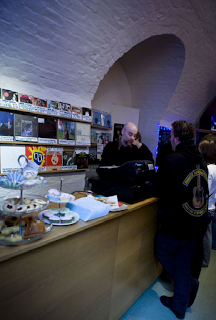 (Thanks to James Cadden for the use of the picture!)


Not long now till Record Store Day 2012 and the fine, fine folks behind Monorail Music have assembled quite a list of entertainment.  From their recent mailout:

We will be opening at 9am prompt for brisk business but we'll be promoting a friendly, family vibe with home baking, children's activities, an art show, and live music from

Come on down, it's going to be amazing!

It's gonna be grand!  Thanks to everyone at Monorail for giving me the chance to drop some carefully selected vinyl on their turntables.  I feel like I've been capped at international level :)  If I'm on early doors when people will be excitedly chatting about their lovely purchases, this is almost certain to get a spin as its giddiness perfectly embodies the excitement of buying a new record:


Duglas T Stewart's best song?  Maybe.  It's certainly one of his most affecting as is his vocal.

One of the things I loved most about the Coen Brothers' Blood Simple was the repeated use of The Four Tops' "It's The Same Old Song".  Each time it cranked up it made that particular scene just a little bit more memorable.  I'm convinced that had I watched the US VHS version which, due to rights issues, used Neil Diamond's "I'm A Believer" in its place, I wouldn't have loved the film quite as much despite liking both the song and Diamond's version of it.  Likewise, Blue Valentine was greatly elevated through using Penny and The Quarters' eerily soulful "You and Me" as Ryan Gosling and Michelle Williams' characters' our tune to the point where it is now synonymous with the film in my mind.  If, as was the case with Blood Simple, the film-makers of Blue Valentine had been unable to license "You and Me" for the DVD release, however, I reckon they should have tried to license Jackie DeShannon's "Always Together".  It has everything you need for an our tune: it's romantic, catchy and you can dance real close in the kitchen to it. It would've been perfect in Blue Valentine!

Today that one song sound-tracked my entire 45 minute commute home from work and the more it played and the more the sky grew pinky orange, the more convinced I became that it was the perfect romantic pop song and that its underplayed, jingling "Sitting on the Dock of the Bay" guitars would always be worth more to me than just about any guitar solo ever.
Posted by brogues at 23:52 No comments: 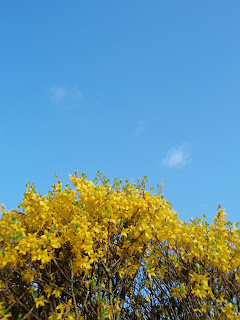 
(Monorail has signed copies!)
Posted by brogues at 23:37 No comments: