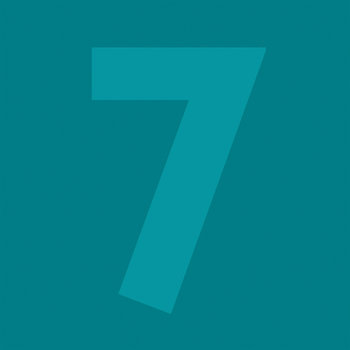 Where It's At Is Where You Are's 2013 7" series has yielded another smash in PUPS' "Month Long Sleep".  I'm aware that I really love it as I do everything faster when it plays.  The downside of this is that I've just eaten too many chocolate (plain - I am a grown up!) digestives .  The upside of it, however, is that I walked home in double-quick time as I listened to mp3s of it on repeat last night.  PUPS are Katie, Rose and Caitlin.  Rose is Rose Melberg.  That's thee Rose Melberg who hasn't appeared on a bad record in her best-part-of-two-decade long involvement in music.  As with Tiger Trap, Rose doesn't sing all the songs and, as with Tiger Trap, the other singers in PUPS are great in their own right, adding a little more spikiness and bite to the proceedings.  PUPS are from Vancouver, Canada and continue that city's fine line of nippy, zippy pop groups that includes Cub and Gaze.  PUPS' debut 45 is everything I need a single in summer 2013 to be: it's vigorous, it's breezy and it's completely unpretentious.  Way to go WIAIWYA!

Email ThisBlogThis!Share to TwitterShare to FacebookShare to Pinterest
Labels: Music, PUPS, Rose Melberg, Where It's At Is Where You Are

The New Era "We Ain't Got Time"

The above sequence, give or take a few taps, occurs about 1 minute and 40 seconds into The New Era's unsurpassable (sounds rash but I mean it!) "We Ain't Got Time".  It's one of those moments that catches the ear and stops the heart for an instant with its inexplicable brilliance.


The final 30 seconds convert aching into beauty in the most intense, moving way, too.  Based on the raft of Michigan garage compilations released over the years, the state was awash with the most incredible groups in the 1960s.  I've long held that even in that fertile scene The Sheffields' 45s for the almost mythical Fenton Records and select other local labels were nigh on untouchable so it was no surprise to learn that various Sheffields were responsible for "We Ain't Got Time".  Tonight, I'll lie awake in bed imagining the thrill of casually happening on a dusty copy in a second hand store in some unlikely town for an affordable price.  Sure it won't happen now that shop owners can easily check what collectors are willing to pay for such stupendous records nowadays but I can dream, can't I?  I'll also clutch the sole Fenton release I own - the aforementioned Sheffields' "Fool Minus A Heart" (b/w a supreme take on Dylan's "Blowin' In The Wind") - just a little closer to my heart for its having been brought into being by the geniuses responsible for "We Ain't Got Time".  Increasingly, when I think of 60s pop, there's The Hollies' "Bus Stop" and there's "We Ain't Got Time" and then there's the rest.
Posted by brogues at 19:39 No comments:

Ginnels' music is instantly loveable.  A friend kindly passed on a copy of their "Plumes" lp on the new Madrid-based Tenorio Cotobade label and it took, say, a minute of  opening track"Don't Mean It" for me to be fairly sure that I was going to be cheered by what was to follow.  There's a freshness and sprightliness to much of "Plumes".  Songs like "Europe's Soil" and "Great Fall" rattle along apace and could easily do so for hours without becoming tiresome.  The guitar on "Stink It Out" sparkles breathlessly like an Another Sunny Day 45 played at 78 and "Wake Up Normal" provides a glimpse into how Beach Fossils might sound after a bracing dip in the Atlantic instead of a lazy day stretched out on Brighton Beach.  "Plumes" cherry picks tracks from the group's 3 previous releases and illustrates the range of their music; as well as the teen janglers there are Sentridoh/Daniel Johnston-style home-fi acoustics (see "Friends Are Dead" for an example of the latter) and fuzzed-up slacker anthems.  It's a great mix.  Over the next few days I'll have a closer listen to the lyrics - I suspect that they're worth spending the time to absorb - and over the next few months I'll keep a keen eye out for what Tenorio Cotobade does next.


First, September Girls barged their way grinning into my affections, then The #1s dared me not to love them and now I've fallen for Ginnels - Southern Irish music would appear to be in a great state at the moment.

There's a typically astute assessment of "Plumes" on the excellent The Finest Kiss blog here.
Posted by brogues at 18:23 No comments:

Hozac, like Captured Tracks lost me a while ago with their sheer volume of releases.  I guess they just followed the arc of many a small label before them that got a bit popular and then through enthusiasm and/or the need to make a living, proceeded to release a quantity of records that only the most devoted could cope with.  Hopefully, though, if either label releases something exciting, I'll still hear about it and Hozac's recent 7" by Winter Bear - the new group from Erin Dorbin, formerly of the excellent Cave Weddings - certainly counts as exciting.  Like Baby Shakes and Stolen Hearts before them, Winter Bear's all-treble take on girl gang power pop scratches the Nikki and The Corvettes itch and is exactly what 7" vinyl and cheap stereos were made for.  Bust open a Doctor Pepper, unwrap a Bazooka Joe and bounce around to "Jump In The Fire".  It's what yr bedroom floor was made for!

It's all about the voice and the simple, beautiful piano line.  I've Gideon Coe to thank for hearing it and I've The Pastels to thank for being tuned-in to his show when it aired through their tweeting that Swell Maps were being played on it 'right now!' earlier in the evening.  If I'm being 100% honest, I'd rather that Dom La Nena's was the sole voice so that it was hers which was heard last but that's a minor gripe and won't prevent me from thinking of the song fondly and wanting to hear it again and again.  I bet if she teamed up with Francois and The Atlas Mountains the results would be sublime.
Posted by brogues at 00:48 7 comments:

There's a certain style of music that I'll forever think of as 'Parasol music' after the now sadly defunct Illinois-based mail-order (the label and its sub-labels remain) from whom I bought a fair amount of it.  If I remember correctly, a place-holder in the Rough Trade shop just off London's Portobello Road dubbed it 'US Small Label Pop'.  That was always my favourite section, royally stuffed with poly bag/wraparound sleeve 45s on labels like Harriet, Bus Stop, Slumberland, K etc., each one a promise of a few minutes of wide-eyed thrills created in a spirit of unashamed exuberance.  To me, Rose Melberg was the undoubted queen of this scene and one of the most endearing songs she recorded was "The Love We Could Have Had"; a fuzz-dosed duet with Dustin Reske of the unutterably brilliant Rocketship (for his birthday, if my memory's reliable) :


Later, it featured on Rose's first lp "Portola" but originally it graced a split 7" on Double Agent Records which arrived at my parent's house in a box from, yup, Parasol.  Roll on more than a decade and a half and Rose is in girl/boy duet action again, this time with the group Imaginary Pants:


What kicks!  What with the prohibitively high postage costs from the US, I probably wouldn't have bought it direct from Rok Lok Records but Andy Malcolm (thanks, Andy!) imported a few for his strictly no capital letters distro so I was able to get a copy at a decidedly reasonable £3.50 + p&p.

In a similar vein, the recent release from San Jose, California's Sourpatch (as part of Where It's At Is Where You Are's latest 7" single series) has energy and zip to spare and would've prompted untold joy had it arrived in a Parasol parcel in '98 alongside records from Gaze, Pencil Tin (I noticed Pebble Records was selling their cd at Indietracks this year) or Tiger Trap. In the 90s this type of  music seemed like the antidote to the lumpen dross that clogged-up the 'indie' singles racks in chainstores and I loved it all the more for that.  I suspect I'll always have room in my heart for young people making an unself-conscious, joyful noise.