The Garbage and The Flowers "The Deep Niche"

"Eyes Rind As If Beggars" by The Garbage and The Flowers occupies a unique place in my heart.  Seldom has a record come from seemingly nowhere (somehow I missed all the reviews which must have been stellar and none of the music obsessives that I hung around with mentioned it even in passing upon its first release in 1997) had such an impact on me.  Excitingly, Grapefruit Record Club has a new collection of pre-"Eyes Rind..." material due for release this week (thanks for the tip, G!).  "The Deep Niche"  features the choral nursery rhyme sweetness of "Sandy Skies" which approaches their own "Love Comes Slowly Now" for sheer love-inducing prettiness:


The fidelity and feel are perfect and lend it the magical air of some long lost acetate of Vashti fronting The Velvet Underground that some lucky soul chanced upon in a flea market or garage sale.  I'm purposefully not listening to any more of "The Deep Niche" in advance of hearing the vinyl to keep the moment special.  If only Volcanic Tongue were still around to ensure that it came to Glasgow. 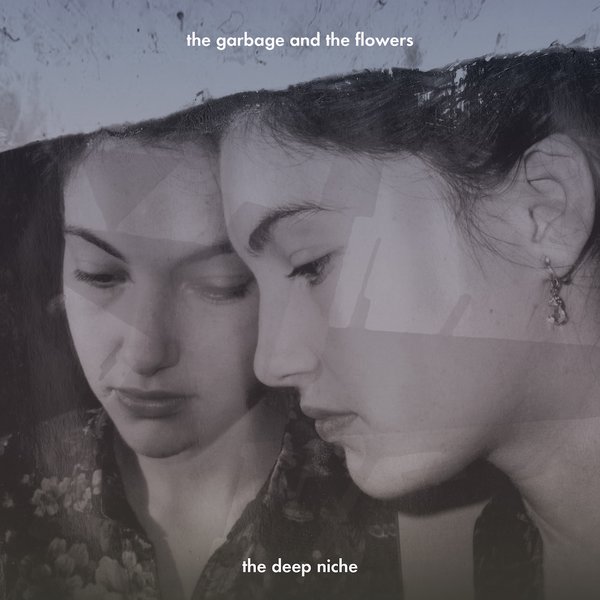 Get it from midheaven

Email ThisBlogThis!Share to TwitterShare to FacebookShare to Pinterest
Labels: Grapefruit Record Club, Music, The Deep Niche, The Garbage and The Flowers 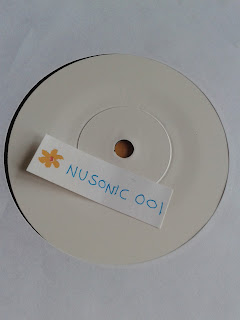 Things are slowly taking shape.  NUSONIC 001, that is; the first release on Not Unloved Records.  As 2015's embers cooled, I saw a group live.  I'd seen them play a bunch of times and knew that they were great but on this night they were especially brilliant.  The kind of brilliant that gets you carried away and giddily making plans and doing sums in your head.  It's been 18 years since I last released a record so I assumed that I would never do so again but this group's songs deserve to be immortalised on vinyl.  This group deserves to have their single take its place in the continuum of great 45s that stretches back 60 or so years.  I'm under no illusions as to how tricky it will be to actually sell records, especially 7" singles, in 2016 but this group is worth it.  Once Not Unloved Records had solidified into something more concrete than a whim, it didn't seem right that it should exist to release just one record so there will be a NUSONIC 002 but let's not get ahead of ourselves, let's focus on making NUSONIC 001 a success.  All the usual 2016 stuff will follow soon: Twitter accounts,  bandcamp pages, Facebook pages, pre-orders etc.. Keep yr peepers peeled!
Posted by brogues at 22:14 No comments:

Email ThisBlogThis!Share to TwitterShare to FacebookShare to Pinterest
Labels: Music, Not Unloved Records

Somehow, between fretting over the UK's political situation, going to amazing gigs (The Pastels and Saint Etienne on one bill!, CC Dust and the Current Affairs etc. etc.) and cramming in as much football watching as possible, there's been some time left over to listen in awe to the creativity of others.  More than any other single of late spring 2016, Carla dal Forno's "Fast Moving Cars" (Blackest Ever Black) has nagged away at me the most.  Carla's detached, slightly robotic delivery suits a song about choosing fast machines having grown bored of nature.  If only she'd recorded it before "High Rise" needed a soundtrack.

Primetime's second single (La Vida Es Un Mus) is a real gem, the group's sound located in the overlap of the Medway bands' primitive thump and the strident punk of the Swiss Rough Trade groups of the late 70s.  "If I'm a pervert then you're a stain on my dirty mind" is surely the best first line of 2016 so far.

Primetime contribute a suitably snotty take on "Dumbhead" to "Typical Girls", Emotional Response's thrilling overview of female-voiced pop circa 2016, which bursts outta the blocks with Earth Girls' succinct, fizzing "OLand" which had me reaching for Parasites lps afterwards in a bid to keep the momentum up.  The two singles I have by them are tremendous, too.  Grave Mistake recently put their "Wanderlust" lp up for pre-order. Get on it!


Maybe recklessly, I've been going to gigs for two and a half decades without wearing earplugs.  After being brutalised by Anxiety's exhilarating hardcore onslaught four times in a fortnight at the turn of 2016, however, I hastily purchased a set.  La Vida Es Un Mus have done the smart thing and had 9 Anxiety songs seared onto vinyl.  "Trapped Shut" always slays live so I approached the recorded version with a hint of trepidation but I needn't have worried as it's as ferociously disconsolate as ever.


I first saw The Flexibles tear up the much-missed Volcanic Tongue shop a couple of years back.  They were like The Dead C played at child-friendly volume.  In those days Sorley (Youngs, son of Richard) must have been only 7 or 8 and sang through an effects mic/unit that lent his voice the characteristics of a young Darth Vader.  On "Pink Everything" (Night School), Sorley has ditched the vocal effect but the music stills scorches.  There's a fair chance that this lp will prove to be Not Unloved's sound of early summer 2016.