The Deverons "She Is My Life"

"She Is My Life" by Winnipeg, Canada's The Deverons is one of the most endearingly romantic wimp-garage singles of the 60s.  Derek Blake's lyrics are pure tongue-tied, love-struck teen:

"When she's with me my knees feel weak
When she's near me I cannot speak"
...
She has my heart
She has my soul
Eveyone knows she has me"

The killer keyboard break expresses beautifully the protagonist's rush of boyish adrenalin at the mere sight of the object of his love.  Not many singles are perfect but, for me, this is one of the few.  It is the most instantly lovable track on "Turn To Stone 2 - Long Lost Sixties Garage USA" (Astray Records).  I got mine from Cornucopia Records - a pop-up shop in the basement of Offshore on Gibson Street, Glasgow.  Unfortunately, tomorrow is the last day it's open but the smitten can buy it from their website.

This 7" dropped into my lap via the established method of scrolling through an online seller's items with YouTube on standby like an eager to please shop assistant.  Reggae isn't one of the musical forms I've made even a token effort to keep up with purely because I can't even manage to keep up with the goings on in all the other spheres of music I love, but if reggae as beautiful as this is being made in 2014, I may have to start.  (Sorry Bank Manager!)  Both songs are credited to J (Jason) Bonner and make clear that he has a great ear for a melody.  There's a neatness in the languid arrangements and a crispness in the recordings that makes them incredibly easy on the ear and the rinky dink little keyboard line on "The Keeper" has been the soothing hold music in my head for days now.  Jandisc have themselves a real winner.  Time, I think, to see if they have any more.

Tommy Rodgers "I'll Tell It To The Wind"

Ebay itself must have laughed when I speculatively bid 15.25 GBP (note that extra 25p just in case somebody was stoopid enough to bid 15 quid on the nose!) for a near mint copy of Tommy Rodgers' incredible "I'll Tell It To The Wind" as it usually fetches something in the region of 200 quid.  I crossed my fingers all day that nobody else had noticed it.  As if that was ever going to happen in 2014!  Now this it's at 63 quid I've stopped looking.  At least I can still blast it on repeat via good ole dependable YouTube:

There's something about the way Tommys sings "There's something about you that makes me weak" that makes me weak.  That little fragment of melody is the hook that elevates it above hundreds of other similar songs, for me.  Tonight I'll no doubt dream that I 'won' the auction and wake up a little deflated that I didn't.  Human brains are cruel like that.

We Should Thank The Lord

Many of the songs I fantasize about owning on original 7" vinyl have come into my life via Soul Jazz compilations.  Without doubt the one I would love to own most is the bubblegum (that keyboard is pure bubblegum) devotional "We Should Thank The Lord" by The Lovers Of God* from "Soul Gospel Volume 2":

The unfathomable beauty and purity of the lead vocal, especially early on when it's at its sweetest (is it a different singer on the latter part of the song?), never fails to send me spinning  then evangelising about to it to anyone who'll hear me out; not that I can ever conjure up the right superlatives to do it justice, mind you.
Posted by brogues at 10:32 No comments:

In the annual stramash of Record Store Day some great records get elbowed out of the way in favour of the skiploads of deluxe reissues and major label product; record shops just can't stock everything from the exclusives list, I guess.  I suspect that this year "Circular" by The Mor Paranoids may have been one of them which is a damned shame as it's a fabulous collection of Alternative TV/Swell Maps informed rattlers that exist in the glorious intersection of Black Time's blasting garage and The Yummy Fur's cheeky but intelligent post-punk (actually, that description sounds a lot like The Action Time - must revisit their records this weekend!).  If I still compiled tapes for chums, the thumping "Security Guard"  would have been on every one made since mid-April, 2014.  It starts innocently enough but pretty soon proceedings get raucous then wonky before ascending into chaos:

It's a suitably thrilling way to close the record and I'm willing to bet serious money that Guided Missile wish they'd put it out on 7".  That said, The Mor Paranoids' cover of the aforementioned Swell Maps' "International Rescue" is also a real contender:


"Circular" was released in an edition of 100 copies on the best format yet devised by mankind: 10" vinyl. According to the Where It's Is Where You Are (they've had a great year, haven't they?) bandcamp page there are only 15 copies left - nudge, nudge.  There's no way on earth that "Circular" won't make my 2014 Top 10.


(Big thanks to Paul E for buying "Circular" on my behalf after none of the local record shops stocked it.)
Posted by brogues at 18:37 No comments:

Email ThisBlogThis!Share to TwitterShare to FacebookShare to Pinterest
Labels: Music, The Mor Paranoids, Where It's At Is Where You Are 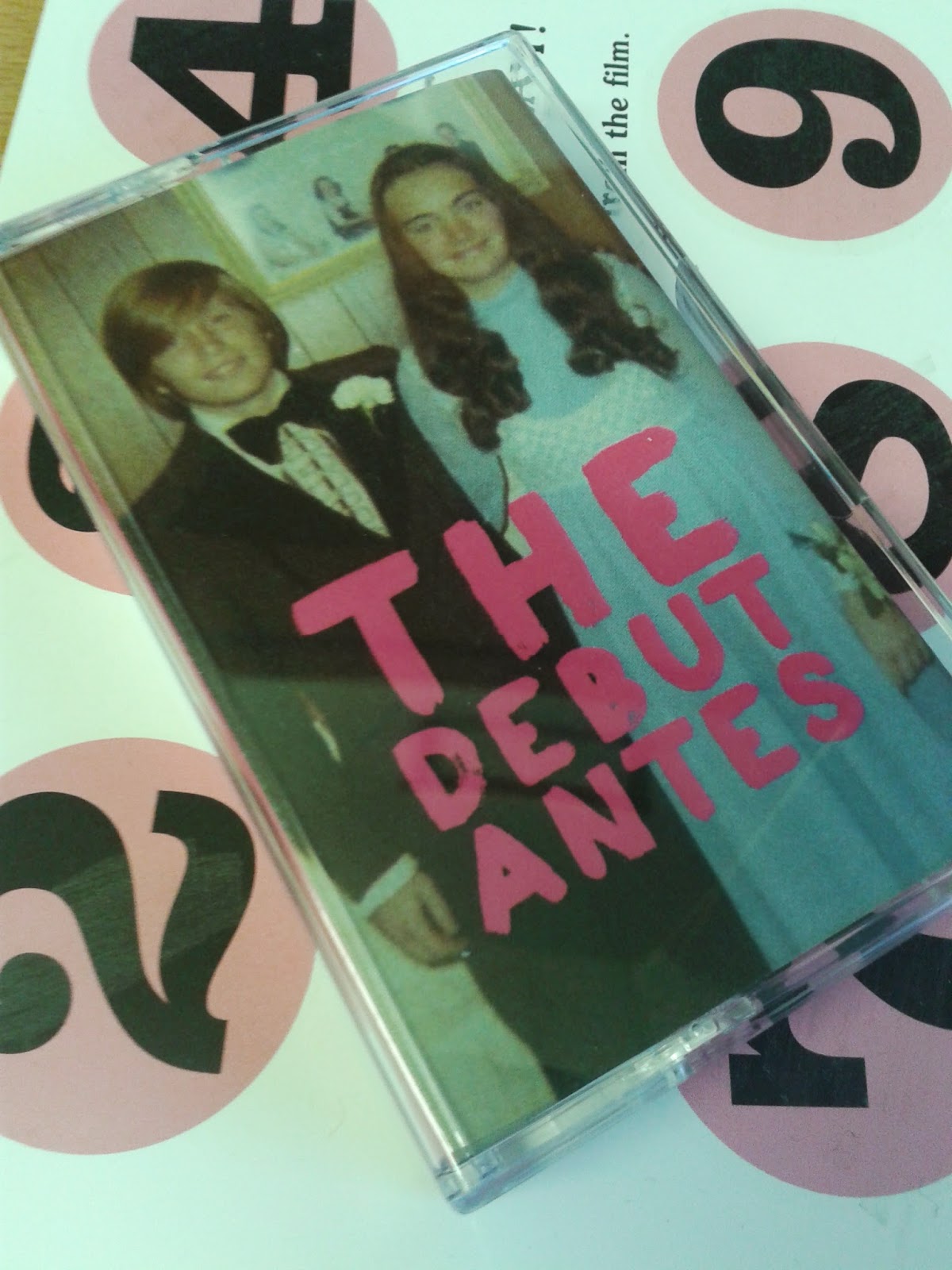 
Looks like the ever dependable Norman Records still has some copies.
Posted by brogues at 18:03 No comments: 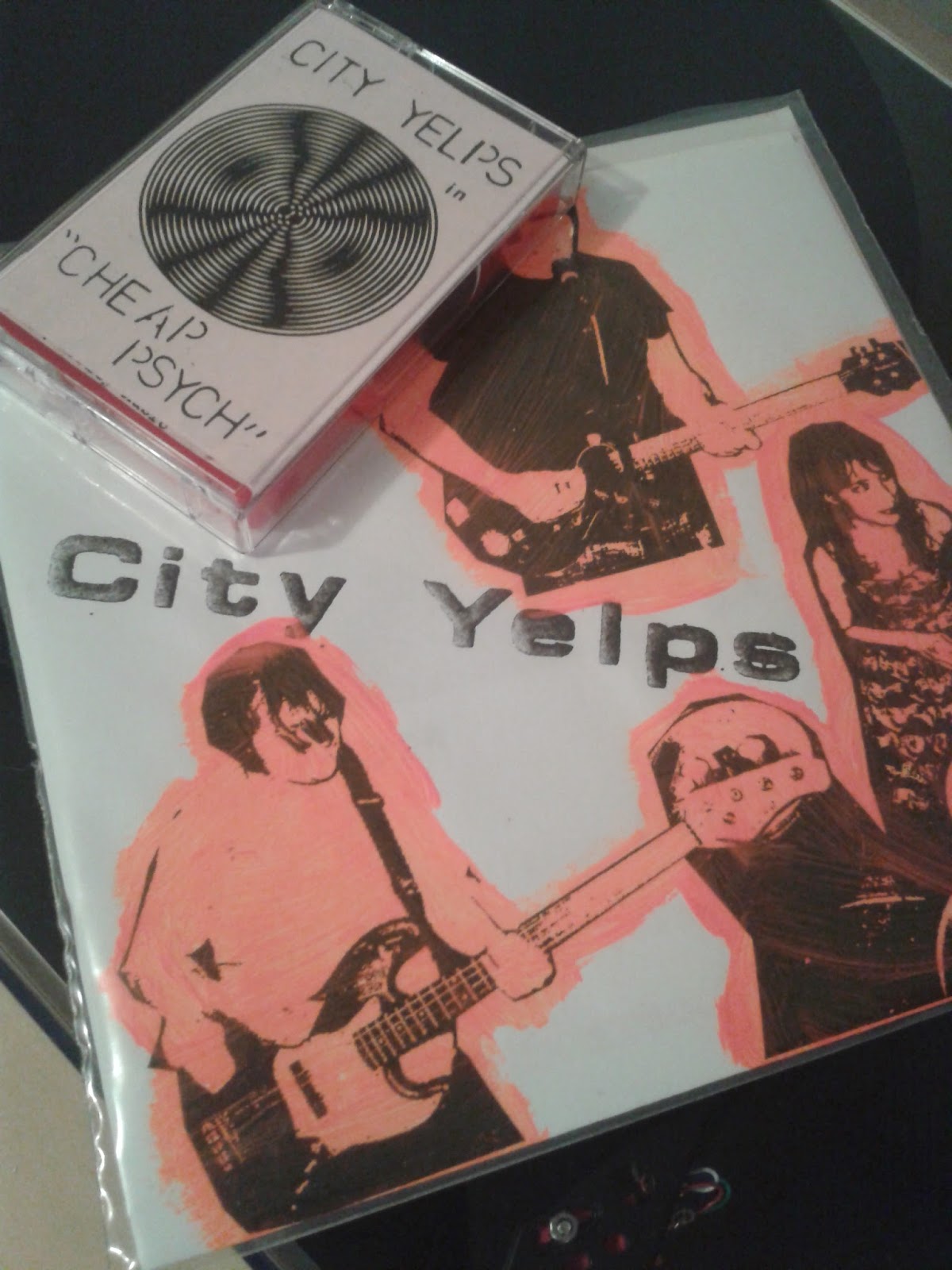 
City Yelps' submission for the Odd Box Singles Club (Vol. 2 #4) was released in August and is also well worth firing up Paypal for.
Posted by brogues at 22:35 3 comments:

"Baby I'm Gone" by Southend's The Phrogs is an appealing patchwork of a bunch of  things I hold dear: Its intro has the brilliant choppiness of The Eyes' "I'm Rowed Out", there's more than a whiff of 13th Floor Elevators in the melody and the keyboard will have you reaching for those rollicking early 7"s by The Chesterfield Kings.  If you add to all that some pleasingly fried harmonica and dangerously frenetic drumming you have a solid slab of garage that will have winkle pickers and Chelsea boots the world over tapping in time.

It dates from a decade or so ago but will be released on the eminently portable 45 format through Crocodile Records of Manchester later this month. DJs in search new of a new beat belter take note!

* WARNING: contains footage of a guitarist in a vest.
Posted by brogues at 21:09 No comments: