On Tuesday between 16:05 and 17:15(ish) I listened to only one song. It is 2 minutes and 29 seconds long and I listened to it for around 70 minutes because, your Honour, I would contend that "Counting" by Hobart, Tasmania's Heart Beach is nigh on perfect:

"Counting" was released on 7" by Rough Skies in an edition of 150 in March, 2016. Unbelievably, there are still 16 copies left. There were 18 but then me and some other soul of sound mind ordered one apiece. I have Doug Mosurock and Kris Record Turnover to thank for ensuring that I was aware of  it at all. Doug played it on his Still Single radio show near to Vital Idles on New Year's Day which (I suspect) prompted Kris to include it (at #5) in his Top 25 singles of 2016. Its vocal melody and guitar line are so succinct and perfectly captured that they could only have been cut from a particularly flawless diamond. I particularly love that the guitar only comes in after you're already smitten by the bass, drums and vocals and that when it does it's one of the best singalong guitar lines you've heard in years. Get it before 16 becomes 0, Here ends the evangelism for today. 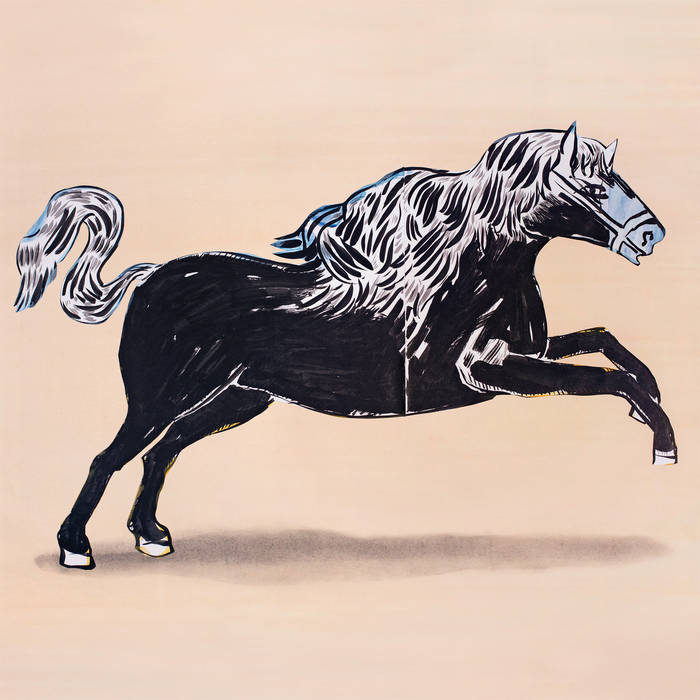 According to the Tenorio Cotobade bandcamp page, "Look Now You're Cursed" was released in July 2016. I have no idea what was monopolising the Not Unloved stereo back then but it can't have been more enjoyable than Community Radio's classy second lp. The singles that preceded the lp - "Sick In The Car" and"Real Transformation" (below) - were both excellent, understated guitar pop records, similar in mood and execution to, say, The Clean's "Getaway" lp. "Real Transformation" really should have been lapped up by admirers of Ultimate Painting's brand of subdued art-rock. Maybe they did and nobody told me.

Repeated listens reveal so much to admire on "Look Now You're Cursed".  There are some lovely details such as the unexpectedly groovy piano on "Oasis" or the iridescent intro to "Crystal Ball" (not a Felt cover, although its intro wouldn't have sounded out of place on one of their records).

Possibly, the highlight of the album is the gently spinning chorus of the otherwise languid "Travel Endlessly". It's by no means a grand gesture, more a small gift to cherish. There have been a lot of great Australian lps in recent years (The Goon Sax, Twerps, The Icypoles etc. etc.) and this up there with the very best of them. Australian DJ Josh Meadows, formerly of brilliant Sarah Records group The Sugargliders (and later of  the also excellent The Steinbecks), nominated the album's opener, "One Book A Treasure", as the best song of 2016 on his It's A Jangle Out There show. High praise, indeed. If they're good enough for Josh Meadows, they're certainly good enough for me.
Posted by brogues at 21:36 2 comments:

"Bosnia" is the first Le Thug recording I've been aware of since their 12" on Song By Toad - "Paints" in particular - sent me into something of a spin in December 2014. It's a sparing, low key return but equally memorable. Gone is the hazy One Dove danceability, replaced with sepulchral ambience. After a day spent working to Grouper and Lightning In A Twilight Hour, it really makes sense.

Tomorrow Syndicate may have been a going concern for around 5 years and call Glasgow's Southside home, but they were new to Not Unloved when in late 2016 Polytechnic Youth announced the details of their 7". "Into The Void" is a fine debut. There's a welter of this Ghost Box-y, Krautrocking stuff around at the moment (most of it good, I'd contend) but "Into The Void" is succinct, dramatic and melodic enough that it holds its own among the likes of Cavern of Anti-Matter and Josefin Öhrn + The Liberation. Polytechnic Youth only pressed 250 copies so it may already be scarce. Get on it!
Posted by brogues at 20:25 No comments: 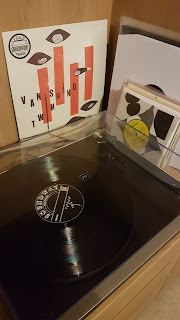 In 2016 I bought a fair number of records but due to the amount of brilliant shows in Glasgow (Anxiety, Vital Idles, Mordwaffe, Sacred Paws, Happy Meals, Spinning Coin etc. etc.), watching football and being busy with life stuff, I didn't actually spend enough time with them. I've promised myself that this won't happen in 2017. We'll see! I've also scolded myself for not getting round to buying the lps by Chook Race and The Yearning as they're both worthy of any Not Unloved albums of the years list.

Also, the Bizarre "Cafe de Flor" (Seksound) reissue - first issued in Estonia in the mid-90s - was really intriguing and contained one of the very few songs that sounds without precedent to these ears: