In recent weeks it's been thrilling to read such positive reviews of The Clientele's "Suburban Light" (Merge Records) reissue.  That record and the singles from which it was compiled are nigh on untouchable in terms of music released in the 1990s.  Coincidentally, another group who also touched perfection at around the same time has seen its music restored to print recently: Manchester's brilliant Screen Prints. 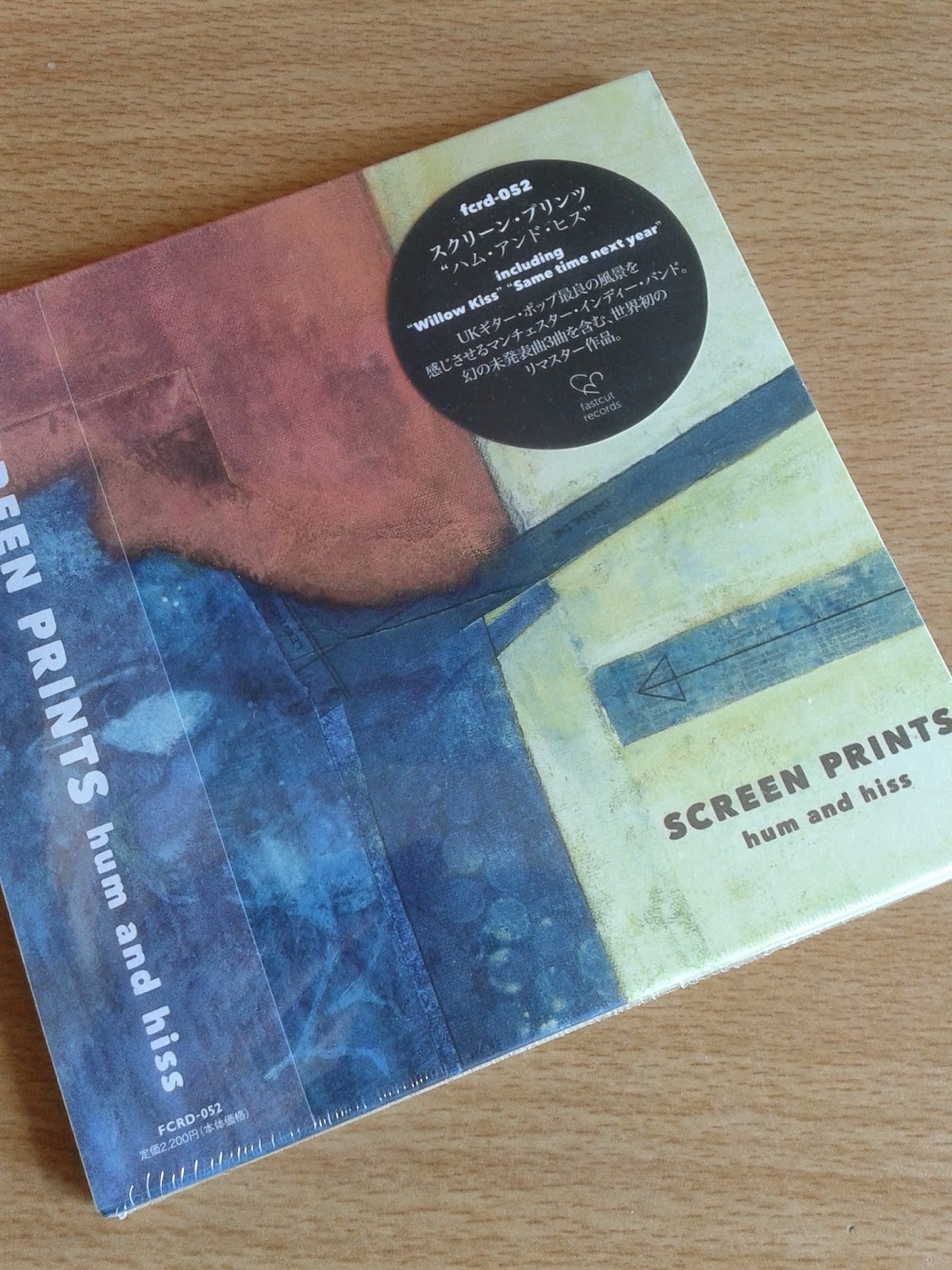 Fastcut Records of Japan have done the honours with their collection "Hum and Hiss" and it's an utter joy from start to finish.  "Missed" still has the power to make your heart swell and your eyes moist with its sweet, Gerard Love-like vocals (I wonder if they ever played with Teenage Fanclub; they seem such kindred spirits) and crisp, delightful melody:

What an arrangement! The hesitant intro, the distant drums, the glockenspiels, the cooing backing vocals, the changes in pace, that crystalline little guitar line; it breaks my heart that it's all so beautiful.  When they use strings as on "Her Name I Don't Remember" they soar to Michael Head and The Strands levels of majesty. There isn't a track on "Hum and Hiss" that doesn't deserve to be cherished.  If anything, Screen Prints sound better now than they did at the time and there's something about the fidelity of the recordings - home recorded, anything but anodyne - that adds to the poignancy.  Listening to "Hum and Hiss" is like going through a shoebox full of old Polaroids remembering and at once feeling happy and sad.  I hope desperately that it isn't overlooked and is clutched to the heart by a legion of romantic melody lovers.


There's talk of new Screen Prints recordings being made.  I, for one, will be waiting impatiently to hear them!


Note the Shop Assistants record at the front of the picture accompanying this (Japanese) interview - evidence of impeccable taste!
Posted by brogues at 11:00