The Tamborines "Said The Spider To The Fly" 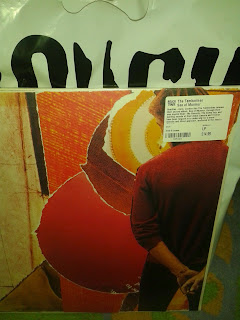 On a recent work trip to London I made the obligatory trip to Rough Trade East. This time, I took a list as browsing time was limited and their stock so ample.  Top of that list was "Sea of Murmur" by The Tamborines.  Due to a hectic gig schedule of late I haven't had a chance to fully assimilate its myriad charms but one song that made a big dent in my heart on first listen was "Said The Spider To The Fly":

Timeless sounding, sensitively sung and impeccably played and recorded, it's a real heart-stealer from that first slightly hesitant drum crack.  There won't be many fresher sounding songs released in 2015.  It's Teenage Fanclub, Allen Clapp or Spinning Coin great and that guitar cascade of the last minute or so is a real balm for my gig-bruised ears.  "Sea of Murmur" is out via the group's own Beat-Mo Records.  I hope tracks from it have been cropping up with regularity on stations such as BBC 6Music as it would be a real shame if it fell through the cracks.

The Tamborines play the Liverpool Psych Fest this September.
Posted by brogues at 22:45