Last night Davy Henderson and his The Sexual Objects (enhanced by Gareth Sager) backed The Postman (a.k.a. Vic Godard) at The Old Hairdressers in Glasgow.  It wasn't perfect - no stage, Fisher Price P.A. which at times rendered the singers barely audible - but was, nonetheless, hugely enjoyable.  Liberated by not having to strap on a guitar, Vic was free to be more animated than I've ever seen him.  At times his back was arched way back like a cobra waiting to strike as he wailed into the mic which he cupped in his hands for maximum amplification.  "Chain Smoking" was blistering as was  "Nobody's Scared".  "Parallel Lines" was tinkered with somewhat which robbed it slightly of its punch but, still, I'd rather be listening to it in any form (well, maybe not happy hardcore or cod reggae versions!) than just about anything else.  After C's comment at Edinburgh's The Citrus Club in March, I've taken to singing 'school children' instead of 'stool pigeon' and so it was last night.  Vic's between song asides (including a ringing endorsement of, er, BetFred!) were funny.  As S pointed out, as good as the show was, it should have been better promoted and at a venue where more people could see the action.  Maybe gigs should operate a school photo policy of tall ones to the back.  Thinking back, I'm pretty sure my ample frame and large head prevented a good few folks from seeing Vic and co..  If so, sorry!
The Sexual Objects' set was enjoyably chaotic and centre-pieced by a rambling instrumental that swiped a riff from Captain Beefheart and twisted it into various shapes.  Russell Burn's drumming was noticeably brilliant throughout.  Before them, a woolly hatted Jock Scot tipsily performed his poetry, hilariously baited the Glasgow audience and delivered an assortment of waggish asides until he was unceremoniously shoulder-charged from the 'stage' by former British Sea Power manager Rob Wilkinson who was hellbent on reading more of his new book.  Talk about an ill-judged interruption; a total buzzkill that lost him much of the good will earned earlier by the mildly amusing stories of his 87 year old, Butthole Surfers obsessed dad.

Residents from Edinburgh are advised that Vic, The Sexual Objects etc. appear tonight at Unbound at the Edinburgh Book Festival. Step to it! 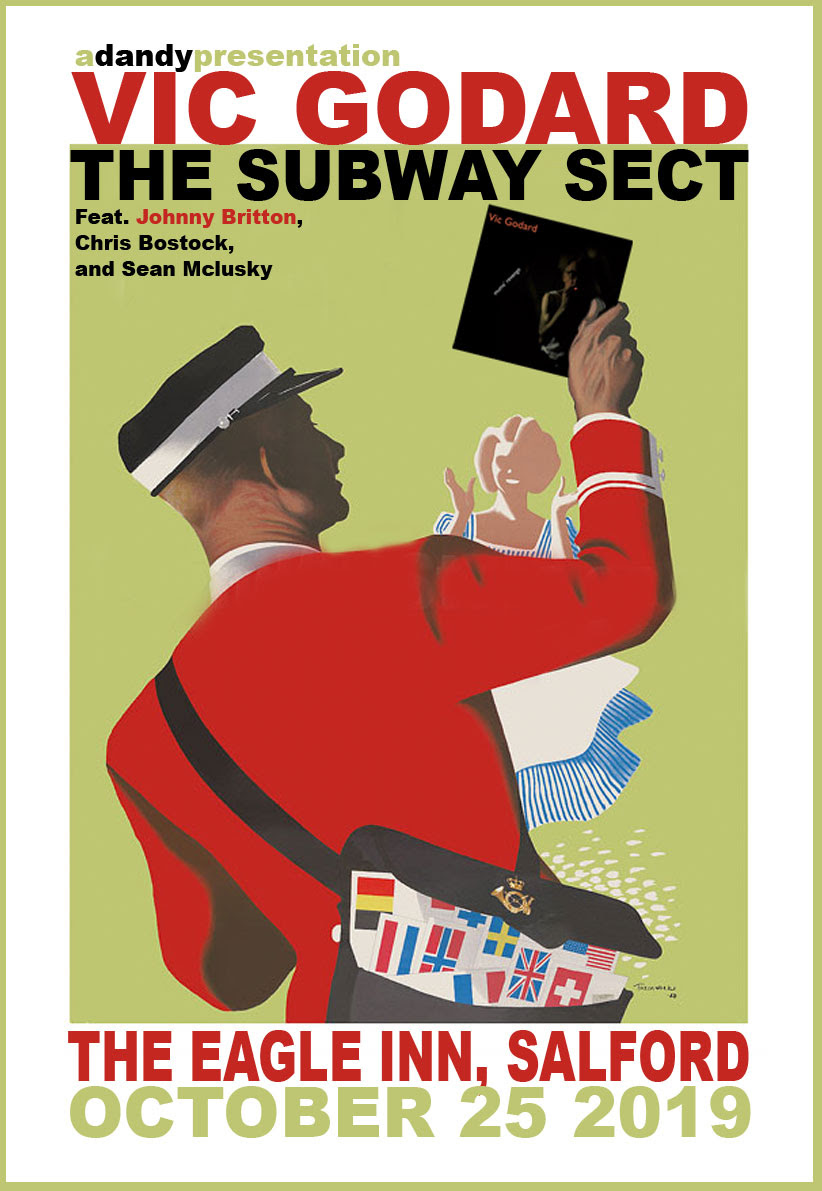